If you look at the history of the Democrat party over time in  America, it seems not much has changed.  They still favor a big central government.  They always propose social programs like welfare and food stamps as a way to combat social/economic inequalities.

The Democrats, of course, are the playground monitor making sure the little guy doesn’t get picked on.  Or at least that’s what they’ve always told you.

Whether you believe Democrat policies are authentic and noble, one thing has always been the case (and becomes more apparent by the day); they have an extremely abusive relationship with their base (and everyone else).

Since the beginning of our Republic and the birth of the Democrat party, it seems that violence and manipulation were chapter one of their playbook.  They started an entire war over their right to own slaves and eventually assassinated the first Republican President.

They have always been openly hostile to their political opponents so it should be on surprise there are documented cases of Democrats violently assaulting other members of Congress during disputes. Their willingness to use violence, intimidation and legislation to maintain power and control is apparent.  Imagine how they treat their fellow party members who don’t fall in line.

This open hostility gave birth to one of the most violent groups in American History, the KKK. As the militant arm of the Democrats, the KKK sole mission was to suppress black communities and anyone associated with them.

The violence and intimidation were not reserved for only people of color.  No, if you dared associate with, enter a relationship with or advocate for the rights of blacks, you became a target.  If you were a card-carrying Democrat, it was worse.

Everything you’ve ever done, all your good deeds and reputation went out the window in an instant.  Many southern Democrats dared not challenge the KKK out of fear of homes or businesses being destroyed, assault and public shaming.

Although the Democrats figured out a better, less messy way of controlling minority populations in the ’60s and ’70s, their violent past cannot be erased.

Abusers and Their Methods

In any abusive relationship, the abuser must create a sense of control over their victims.  They accomplish this in several ways:

Pretty sure we could end the article here because I guarantee most of you read through that list and immediately noticed the similarities.  Unfortunately, many Democrats are experiencing a severe case of Stockholm Syndrome, so we’ll break this down.

They want to control nearly all aspects of your life and seek to have as much government involvement as possible.  Dems sell this as “social justice” and “equal opportunity,” but they never seem to talk about all the things you have to give up to have their version of those things.

In doing so, they create dependency which ensures you won’t be able to challenge them in the future.

Dems successfully captured the black vote after they had spent the past 100+ years systematically destroying black lives. (Show me one Republican group in history that had to dress up in and hide their faces because what they are doing is wrong.  Democrats have BOTH.)

Democrats figured out it’s much easier to control these populations if you put them in a box,  assign them a specific victim status and then implement a “solution” that is just enough to keep them coming back but not enough to improve their lives in a meaningful way.

They want to give you just enough so that you’re not starving, but still keep you hungry enough to keep coming back to your “saviors” for more.

Firstly,  they will make you feel inadequate in many ways.  Black communities aren’t smart enough or have the money to get a government ID.  They need our handouts to be ok in America.  They are severely disadvantaged, and therefore the government must take care of them.

The LGBT community needs the Democrats to protect them and pass feel-good bills that makes it seem like they care.

Evidently, the only communities that don’t need Democrat laws and hand-outs are white people but don’t worry; they’ll shame you too. 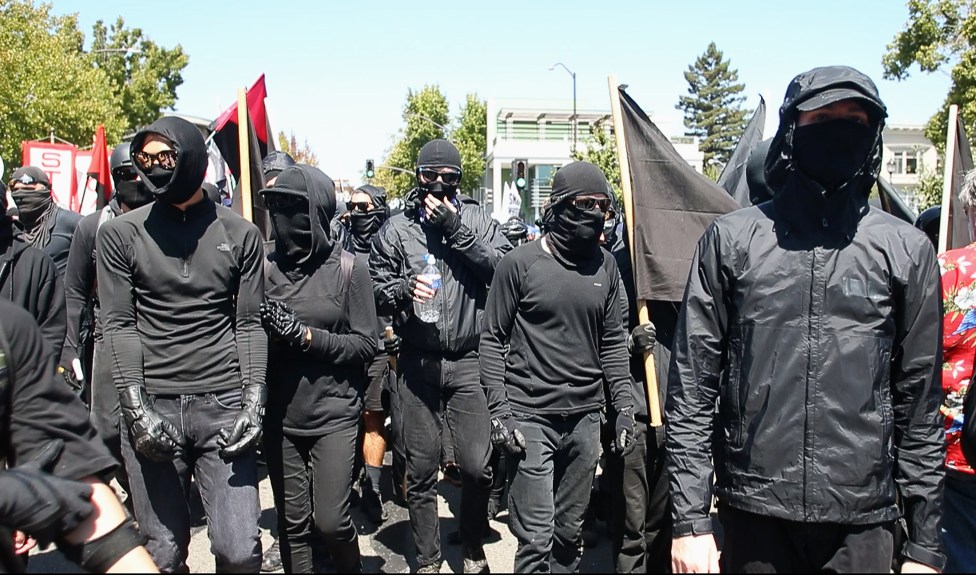 If you reject any of these ideas, you’re a racist.  You don’t care about people of color, you’re awful. You’re a terrible person, etc.

If you are a minority and reject these ideas, you’re a race-traitor and self-loathing Uncle Tom.  It’s shocking how Democrats suddenly don’t care about the minorities when they are on the other side.  According to them,  Candace Owens is a Hitler sympathizing white supremacist.

Nothing the Democrats do is ever their fault.  They’re not responsible for the Jim Crow laws.  Those were obviously those dirty Republicans masquerading as Democrats.

The high homeless rates, high crime, and cost of living in Democrat-run states isn’t their fault either.  There’s probably a Republican somewhere in the state that they can blame.  Or, they’ll tell you that they need more of the policies that got them there in the first place.

They’re not responsible for FDR rounding up thousands of Asian-Americans and throwing them into concentration camps. But hey, they did let them out so you should probably vote for them for the rest of your life.  If you don’t, you’re probably a Nazi.

No Discussion, No Debate

Democrats have evolved into such a massive violent mob of radicals that you either are with them, or you’re against them.   There is no compromise; there is no debate.  If you disagree or question, they will harass you and make every attempt they can to ruin your life.  They want you doxxed, your character assassinated and your entire existence erased.

Democrats will silence you, or else.

This is the rhetoric of authoritarian tyrants.

Yet we’re the “dangerous” ones.

Chris Evans, a proud and loud leftist, recently started a website called “The Starting Point” which invites discussion from both sides to promote civic engagement.  This announcement came not too long after Chris stated that he was reevaluating his friendship with Tom Brady over Brady’s support for President Trump, but I digress.

After his announcement, Democrats rushed in to berate and shame Evans for even suggesting that debate and discussion take place.

Actor @ChrisEvans is creating a website where you can hear both sides of a political issue in a succinct, digestible way. In a video obtained by CNN, the actor best known as #CaptainAmerica asks members of Congress from both parties to join him: https://t.co/Q04Z0Pe7sb

All the signs fit.

Possessiveness? Check.  They claim ownership over every single minority community whether they like it or not.  Democrats represent you and your needs!  If you don’t agree you don’t know what you need to make you happy.

Hypersensitivity? Check.  Democrats fly off the handle and start throwing drinks and punches when someone wears a hat.

People who cannot support their positions resort to violence, name-calling, harassment, and intimidation.  What once was a party of some integrity and noble intentions (I’m looking at you JFK), have spiraled out of control into a group that will say anything to maintain control.  And when that doesn’t work, they will take control, violently if necessary.

If you cannot answer these questions with absolute certainty,  perhaps it’s time you leave this abusive relationship with the Democrat Party.