What’s done, can never be undone. The pain, the scars and the shadows of failed socialist systems can never be completely undone. 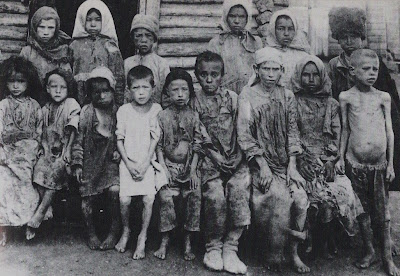 Unfortunately, they can be forgotten.

The history books are happy to remind us if we are willing to read them.  Story after story of starvation, poverty, and death.  How many lessons do we need?

Why is it that horrible ideas like socialism and communism never entirely die?

That’s not TRUE Socialism. No one has ever tried true socialism.

-Idiots Who Have Never Taken a History Class

This strange case of amnesia pops up right on cue when a society gets too comfortable. The cautionary tales of the past die with each passing generation.  Eventually, the scars of Communism and Socialism fade away as society gets lazy, entitled and stupid.

Guilt and Resentment are the Roots of Socialism

Throughout all my conversations with liberals, the same trends emerge.  For those who have enough, they experience guilt for those who do not.

For those who do not have enough, they resent those that do.  As a result, liberals create an infinite loop of guilt that validates the entitlement of others. This entitlement, in turn, feeds more guilt.

Socialists promote equal outcome over equal opportunity and success is a dirty word.  In the minds of socialists, if you have more than your neighbor, it must be due to greed and exploitation.

We are fighting for an unapologetic movement for economic, social, and racial justice in the United States. -Alexandria Ocasio-Cortez

Ahhhhh, Alexandria Ocasio-Cortez.  The new superstar Radical Democratic Socialist of the Left.  “AOC” as the media affectionately refers to her, is the face of the modern Democratic Party.

Her path to Congress was a modern tale of David and Goliath.  Shockingly, she unseated the veteran Democrat Joseph Crowley in the New York primary to win her seat as the youngest member of Congress in history.

Her campaign was an impressive mix of fueling guilt and resentment.  Her only real skill is being a social media savvy millennial with a passionate drive at achieving social justice.

Now that she’s in Congress, she’s using her newfound fame to push radical socialist ideas. Unfortunately, she’s proven time and again she no real knowledge of how our government or economy works.

Never the less, her ideas are gaining support.

Which proves one thing:

Socialism Needs a Generation Stupid Enough to Believe in it

And here we are.  We are living in a time where college campuses require “Safe Spaces” and grading systems are oppressive.

Honestly, this hurts for me to admit this, but AOC represents the air-headed, entitled and spoiled members of my generation. 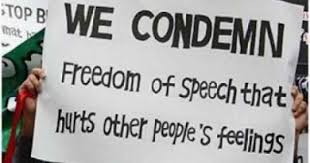 Indeed, I’m a millennial and the nonsense coming out of my generation is embarrassing.

Our attention spans are shorter than a goldfish and gratification is instant.  Likewise, many millennials have never heard the word “No” because of the negative feelings that might come along with it.  Offending someone is now a violent crime and jokes are considered hate speech.

This generation appears to be the most educated of any generation ever.  College enrollment has increased by 240% since 1965, especially among black and Hispanic communities.

With all this learning going around, how is it possible that the largest voting demographic in the US supports socialism at such a tremendous rate?

Alright, let’s break this down.

Schools all the way up from elementary to graduate are now liberal indoctrination centers.  Schools no longer teach hard work.  They teach what they have to, and if a student receives a bad grade, the parents harass the teacher instead of holding their child accountable.

At one point in our history, college was where you went to explore new ideas, challenge your comfort zone and embrace change.  Today, they are expensive daycares for young adults who aren’t earning degrees worth anything.

Case in point, AOC graduated from Boston University with a degree in economics and still believes a 70% tax rate is the path to economic prosperity.

We live in a society where anything you want is right at your fingertips.

Don’t feel like cooking? No, problem. UberEats will deliver anything you want right to your door.

Not in the mood to go out, meet people and socialize?  Well, social media solves all of those problems and more.  We have a world of information at our fingertips.

Consequently, many (not all) in this generation have no idea what it feels like to earn anything. So many don’t know what it means to work hard, fail, get back up and try again.

Nope, now they have adult-sized temper tantrums that result in gratification because bad PR isn’t worth it anymore.

All you need now is someone relatable and good-looking to tell you that you deserve that job or that salary.  The things you don’t have are a right and by others requiring you work for them, is the worst form of oppression.  Soon, everyone you know is angry and resentful.

It’s time for a revolution.

When Ignorance Bands Together

Historically, when ignorance bands together, freedom and democracy dies.

The uneducated, the misinformed and the lazy find a remarkable amount of resilience and work ethic when they are trying to help themselves to what someone else has earned.

Time and again throughout history we’ve seen this stupidity turn violent and result in death.  Unfortunately, when they are successful, the only thing they succeed at is causing more suffering and death.

Socialism has been patiently waiting in the shadows for a generation stupid and lazy enough to resurrect it.

Wake up, America.  That generation is here.