Many on the Left gasp in horror when they meet Gay Republicans.  Somehow, being gay became synonymous with being a raging Liberal. 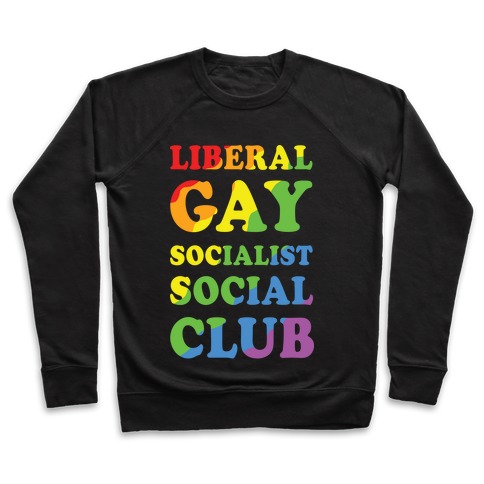 I’m not a raging Liberal.  In fact, I never have been. I flirted with the Left briefly after I “came out”, but I ended up running back to the Right once I realized I wasn’t obligated to be there.

This concept was simple for me to understand.  I didn’t agree with Liberals on anything aside from gay marriage, so why would I base my vote on a Democrat on one issue?

However, this is considered a cardinal sin in the LGBT world.

The LGBT Community Needs A Strong Economy Too It’s pretty hard to U-Haul on the second date if you don’t have enough money to buy or rent a house.

Economic prosperity means you and your partner, regardless of what you “identify” as, will have the money to do the things you want to do.

There are other policies that come along with your vote for the Left.

Your Democrat Congressman may support your right to change your gender on your driver’s license, but he also supports legislation that suffocates businesses.

If you can’t put food on your table, does it really matter what your license says?

It may to you, but you can’t employ thousands of people with your gender designation.

Open Borders are Bad for Everyone

Being gay does not mean you are obligated to save the world.

In fact, open borders is a terrible idea for the LGBT community because many of the people who want to flood here, punish gays in their native countries with the death penalty.

Allowing anyone to come here without vetting and due process puts our culture, our way of life and our government at risk. 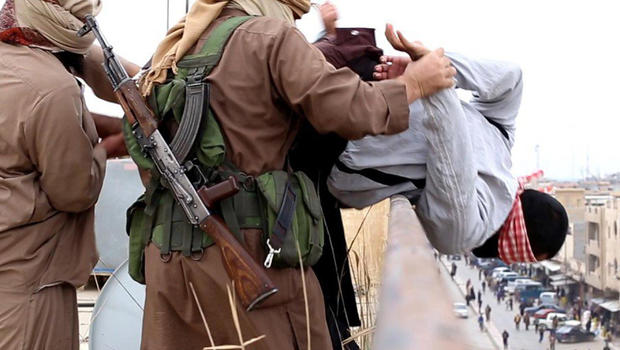 If these people are unwilling to assimilate to American culture, they will bring their archaic beliefs with them.  They will elect people who represent those beliefs.  Those Representatives will influence legislation and ultimately, you.

Linda Sarsour, a prominent Muslim activist for the Democratic Party is vocally anti-Semitic and pro-Sharia Law.  For some reason, she is the poster child for Liberal tolerance and diversity.

However, if she were to get her way and Sharia Law ruled America; women would be oppressed, gays would be executed, and the LGBT community would be forced underground once again.

Ever wonder why there are no Muslims in the Republican Party?  Islam promotes traditional family structure, opposes abortion and much like the Christians, are devout to their God.  It would actually make MORE sense for the Muslims to run under a Republican ticket, right?

Promoting Nationalism means that you want the people of your country to be taken care of first.

If you’re gay, straight, black, white, Hispanic etc and are a citizen of this nation, that applies to you.

Embrace it.  Cherish it. Protect it.

The 2nd Amendment Applies to Everyone

The LGBT was the victim of violence for many years. (Ironically, now it’s conservatives.)

Do you think if Matthew Shepherd had been armed that night in Wyoming, he would have been beaten to death?  Absolutely not.

Communities who arm themselves remove victimhood from their lives.

Buy a gun, learn how to use it and change the script of our story.  Being gay does not mean you have to be a victim, ever.

Everyone has the right to protect themselves.

Last time I checked, gay people didn’t have to worry about unwanted pregnancy.

In fact, many gay and lesbian couples would gladly take any unwanted baby and raise them in a loving family.

Your sexuality does not mean you have to support someone else’s irresponsibility.

Life is precious and if you are a gay couple who have to pay thousands of dollars to build your family, you should protect it all costs.

If that doesn’t change your mind, watch a video of an abortion being performed.

It will break your heart, turn your stomach and traumatize you for life.

The Supreme Court ruled on gay marriage.  We’ve established the precedence and overturning it would be very difficult.  Justice Brett Kavanaugh confirmed this ruling during his confirmation process.

When pressed on the issue of Gay Marriage, he stated that the Supreme Court had already ruled on the treatment of homosexual people. The Republican Party has moved on, so should you.

In fact, almost all of the bigotry, homophobia, and hate I’ve experienced since I came out was from the Left.

You shouldn’t be.  The Democrats have a long and violent history of hate, racism, and discrimination.

It wasn’t until the 1950’s when they figured out the minority vote is a powerful tool.  They’ve been pushing the oppressed and victim platform ever since.

In reality, most Democrats opposed gay marriage for most of their careers. If you think they suddenly care about you now, I have a bridge to sell you.

Just Be An American

Ultimately, the Republican party doesn’t care your race, religion or orientation if you love and protect your country.

Take a look at what you stand for.  What you really stand for, not for what they tell you to stand for.  Are the Democrat solutions really what is best for yourself and this country?

Talk to a conservative or many.  How do they treat you?

Furthermore, disagree with a liberal.  See how they treat you.

We need to stop defining ourselves by singular issues like race, orientation or gender.  We are so much more than that and at the end of the day, you’re just as human as anyone else.  If you take the “gay” out of your identity for one minute, would you still vote the same?

It’s okay to identify with ALL the things that make you, you.  Stop allowing the Democratic Party to hold you hostage because of identity politics.

The Gay Republican movement is growing stronger by the day.  We’re ready for you to join us.

Are you a Gay Republican and want to show your Pride and your Party?!  Check out the Closet on the Right Shop!

8 thoughts on “The Case for Gay Republicans”