It all started with an NY Times article discussing an internal post on the company’s employee board.  The message, by Facebook engineer Mike Amerige, calls out the company’s “intolerant liberal culture”.  Evidently, Facebook employees have a mob mentality when one of their colleagues does not agree with them.

Considering how poorly Facebook treats its conservative users, I can’t imagine being an employee.

They Attack Their Character, Not Their Ideas

Many know this all too well.  No matter what we say or how we say it, liberals won’t debate with facts.  No, they attack you personally.

If you really want to know how a liberal feels about gays and people of color, just disagree with them.

I’ve been called more horrible names and heard more homophobic slurs from liberals than any conservative.  It’s so bad that they don’t want to prove you wrong.  No, they want to completely ruin your life, your business, and your reputation.

Facebook’s liberal employees are using this tactic against their conservative coworkers. Many of the employees at Facebook are living in fear because they support President Trump.

Don’t believe me?  Here is the statement from the employee that started this campaign for political diversity.

America has a long history of discrimination.  Whether it be against blacks, women or gays; the minorities of the United States have had to fight hard for their equality.

This discrimination does not sit on the shoulders of one party over the other.  No, both Democrats and Republicans are equally guilty of discriminating against certain groups.  The Democrats would love for you to believe they have been the party fighting for minorities throughout history, but we know better.

Republicans have openly opposed gay marriage even to this day.  It’s becoming scarce, but it exists.

Democrats are the party of the KKK and slavery.  History is quite clear on this one.

Both parties have discriminated against women and have been part of the wage gap.

There are laws in place that prevent discriminating against people. Segregation is a thing of the past, right?  Wrong.

America is quickly entering a new phase of discrimination and it’s all about your political party.  It’s now not just acceptable but encouraged behavior to discriminate against conservatives.  Much like the era of the 1960’s where you could say, “We don’t serve your kind here”, America is spiraling down this path again.

Liberals have shown this multiple times over the past year.

Name ONE TIME a liberal has been kicked out, heckled or harassed in public.  I’ll wait.

Irony Doesn’t Begin to Cover It

The irony of all this is, Democrats/liberals pride themselves on being the champions of equality.  Peace, love, tolerance, and acceptance.

Yet, they are the ones assaulting, harassing and intimidating anyone who disagrees with them.  They are pushing the “racism” narrative so hard that it now becomes a justification for breaking the law.  You’re not punching a person, you’re punching a Nazi.

I argue to you tonight, all punches are not equal morally. In the eyes of the law, yes. But in the eyes of good and evil, here’s the argument: If you’re a punk that comes to start trouble in a mask and hurt people, you’re not about any virtuous cause. You’re just somebody who’s going to be held to the standard of doing something wrong. Chris Cuomo, CNN

As long as Democrats accuse their target of racism or evil, it’s justified.  Liberals will repeal the First Amendment to prevent such opposing views (hate speech to them).

How ironic is it that an all-white Antifa mob can accuse black conservative Candace Owens of being a white supremacist?

Once again, we have MULTIPLE examples of this.  The most recent being the 99.99% decrease in reach and complete elimination of PragerU videos. 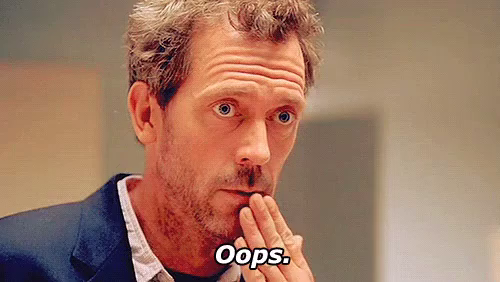 What happened? So glad you asked.  Basically, enough snowflakes reported PragerU videos for “hate speech” and offensive content that the case was sent to a review team within Facebook.

Here, one employee.  That’s right. ONE. SINGLE. EMPLOYEE.  She made this decision completely on her own biases.  Furthermore, she decided PragerU videos were, in fact (because she disagreed with their message), hate speech and she wiped them all from Facebook.

Facebook has called it an “employee error” and she has been sent back to their resource center to be re-educated on the company’s values.

Is this the same thing that’s happening to David Harris Jr?  He is currently experiencing the exact same thing with zero explanation from Facebook.  How do we, as conservatives, protect ourselves from the bias that so often lands on the shoulders of a single person?  Change platforms?  Yes, hopefully, we can find one that works.

There are laws protecting you against discrimination if you’re a minority.  Or if you’re a woman.

What about your political party?  There are no laws that protect someone that I’m aware of.

The liberal employees are targeting their conservative colleagues daily.  It has nothing to do with the quality of their work or their qualifications.  No, it’s because of who they voted for.  The liberal Facebook mob is attacking their character.

They live under intense scrutiny that at any moment, something minor could get them fired.  Hostile work environment?  I think so.

I’ve personally reached out to the Facebook group for these employees to let them know they are not alone.   We’re joining together to fight back.  If Facebook (and other tech giants) are smart, they’ll put their politics aside or face extinction.