This IS THE SWAMP

“The players” are real and very familiar…if true how can this be stopped?? If not true, where are the “lies” or miss information or “fake news” facts to refute?

This was shared with me and I felt it worth sharing with my conservative as well as liberal friends who still value honesty and hate corruption. Be sure to read through this slowly and you will be as disgusted as I am. You will also begin to understand why certain characters involved are desperately trying to divert attention from facts laid out below. Pass it along if you are seriously interested in draining the swamp.

Here’s what it looks like when all the pieces are sewn together. It smells like conspiracy and treason.

Everyone needs to read this. Slowly, and patiently, because it’s very important……

From 2001 to 2005 there was an ongoing investigation into the Clinton Foundation.
A Grand Jury had been empaneled.
Governments from around the world had donated to the “Charity”.

Yet, from 2001 to 2003 none of those “Donations” to the Clinton Foundation were declared in tax filings.

Hmmm, now you would think that an honest investigator would be able to figure this out.

Guess who took over this investigation in 2002? 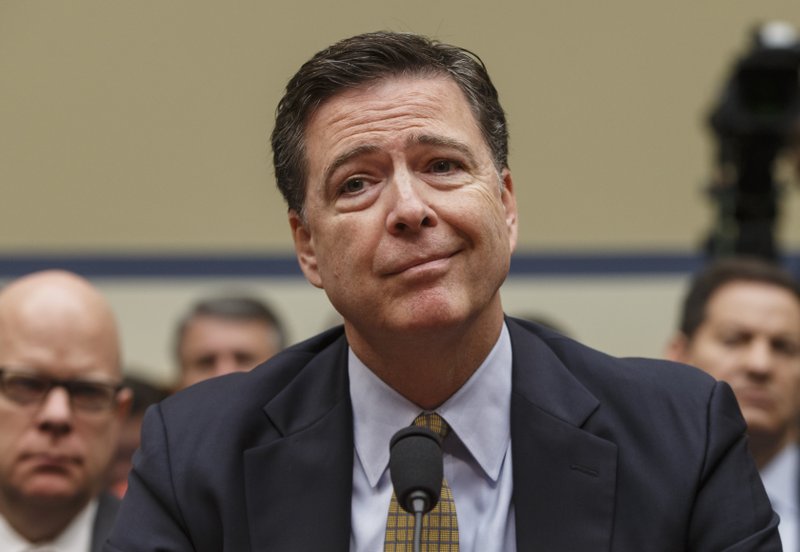 None other than James Comey.

Guess who was transferred into the Internal Revenue Service to run the Tax Exemption Branch of the IRS? 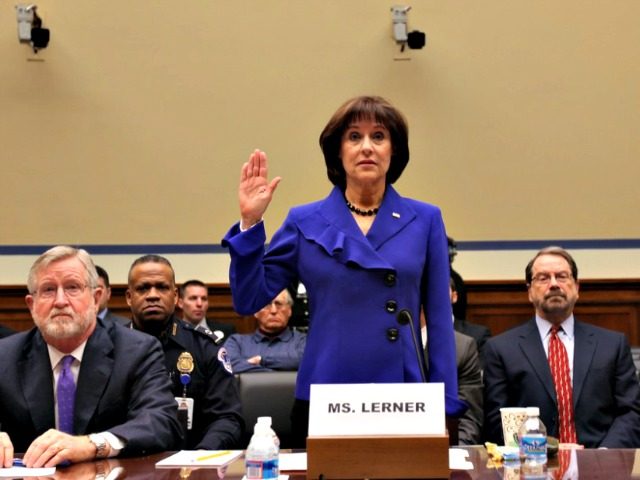 Your friend and mine, Lois “Be on The Look Out” (BOLO) Lerner.

It gets better, well not really, but this is all just a series of strange coincidences, right?

Guess who ran the Tax Division inside the Department of Injustice from 2001 to 2005?

No other than the Assistant Attorney General of the United States, Rod Rosenstein. 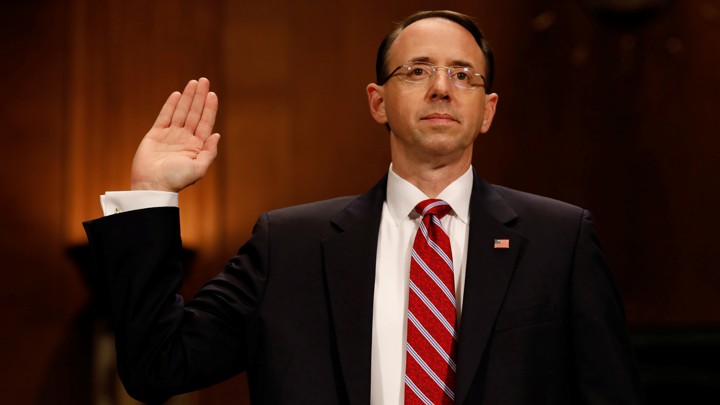 Guess who was the Director of the Federal Bureau of Investigation

during this time frame?

I know, it’s a miracle, just a coincidence, just an anomaly in statistics and chances, but it was Robert Mueller.

What do all four casting characters have in common?

They all were briefed and/or were front-line investigators into the Clinton Foundation Investigation.

Ok, let’s chalk the last one up to mere chance.

James Comey leaves the Justice Department to go and cash-in at Lockheed Martin.

(On her own personal email server by the way.)

The Uranium One “issue” comes to the attention of the Hillary.

Like all good public servants do, you know looking out for America’s best interest, she decides to support the decision and approve the sale of 20% of US Uranium to no other than, the Russians.

Now you would think that this is a fairly straight up deal, except it wasn’t, the People got absolutely nothing out of it.

However, prior to the sales approval, no other than Bill Clinton goes to Moscow gets paid 500K for a one-hour speech then meets with Vladimir Putin at his home for a few hours.

Well, not so fast, the FBI had a mole inside the money laundering and bribery scheme.

Guess who was the FBI Director during this time frame?

He even delivered a Uranium Sample to Moscow in 2009.

Guess who was handling that case within the Justice Department out of the US Attorney’s Office in Maryland?

No other than, Rod Rosenstein.

Guess what happened to the informant?

The Department of Justice placed a GAG order on him and threatened to lock him up if he spoke out about it.

How does 20% of the most strategic asset of the United States of America end up in Russian hands when the FBI has an informant, a mole providing inside information to the FBI on the criminal enterprise?

Guess what happened soon after the sale was approved?

~145 million dollars in “donations” made their way into the Clinton Foundation from entities directly connected to the Uranium One deal.

Guess who was still at the Internal Revenue Service working the Charitable Division?

No other than, Lois Lerner.

Ok, that’s all just another series of coincidences, nothing to see here, right?

Due to a series of tragic events in Benghazi and after the 9 “investigations” the House, Senate and at State Department, Trey Gowdy who was running the 10th investigation as Chairman of the Select Committee on Benghazi discovers that the Hillary ran the State Department on an unclassified, unauthorized, outlaw personal email server.

He also discovered that none of those emails had been turned over when she departed her “Public Service” as Secretary of State which was required by law.

He also discovered that there was Top Secret information contained within her personally archived email.

Sparing you the State Departments cover-up, the nostrums they floated, the delay tactics that were employed and the outright lies that were spewed forth from the necks of the Kerry State Department, we shall leave it with this…… they did everything humanly possible to cover for Hillary.

Now, this is amazing, guess who became FBI Director in 2013?

Guess who secured 17 no-bid contracts for his employer (Lockheed Martin) with the State Department and was rewarded with a six million dollar thank you present when he departed his employer?

No other than James Comey. 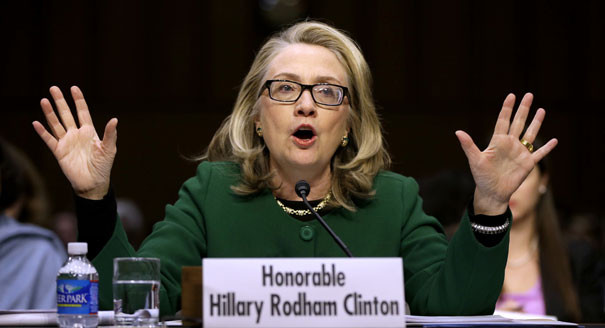 Amazing how all those no-bids just went right through at State, huh?

Now he is the FBI Director in charge of the “Clinton Email Investigation” after of course his FBI Investigates the Lois Lerner “Matter” at the Internal Revenue Service and exonerates her.

Nope…. couldn’t find any crimes there.

Can you guess what happened next?

In April 2016, James Comey drafts an exoneration letter of Hillary Rodham Clinton, meanwhile the DOJ is handing out immunity deals like candy.

They didn’t even convene a Grand Jury.

Like a lightning bolt of statistical impossibility, like a miracle from God himself, like the true “Gangsta” Homey is, James, steps out into the cameras of an awaiting press conference on July the 8th of 2016, and exonerates the Hillary from any wrongdoing.

Can you see the pattern?

It goes on and on, Rosenstein becomes Asst. Attorney General, Comey gets fired based upon a letter by Rosenstein, Comey leaks government information to the press, Mueller is assigned to the Russian Investigation sham by Rosenstein to provide cover for decades of malfeasance within the FBI and DOJ and the story continues.

FISA Abuse, political espionage….. pick a crime, any crime, chances are…… this group and a few others did it.

All the same players.

All compromised and conflicted.

All working fervently to NOT go to jail themselves.

All connected in one way or another to the Clinton’s.

They are like battery acid, they corrode and corrupt everything they touch.

How many lives have these two destroyed?

As of this writing, the Clinton Foundation, in its 20+ years of operation of being the largest International Charity Fraud in the history of mankind, has never been audited by the Internal Revenue Service.

Let us not forget that Comey’s brother works for DLA Piper, the law firm that does the Clinton Foundation’s taxes.

And,
See the person that is the common denominator for all the crimes above and still doing her evil escape legal maneuvers at the top of the 3 Letter USA Agencies? Yep, that would be Hillary R. Clinton.

Who is Lisa Barsoomian? 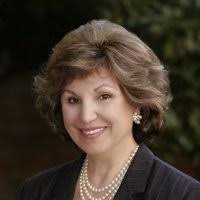 Lisa H. Barsoomian, a US Attorney that graduated from Georgetown Law, is a protege of James Comey and Robert Mueller.

Between 1998 and 2017, Barsoomian herself represented the FBI at least five times.

You may be saying to yourself, OK, who cares? Who cares about the

work history of this Barsoomian woman?

Historically, this indicates that the individual is a protected CIA operative.

Additionally, Lisa Barsoomian has specialized in opposing the Freedom of Information Act requests on behalf of the intelligence community.

And, although Barsoomian has been involved in hundreds of cases representing the DC Office of the US Attorney, her email address is Lisa Barsoomian at NIH gov. The NIH stands for National Institutes of Health.

This is a tactic routinely used by the CIA to protect an operative by using another government organization to shield their activities.

It’s a cover, so big deal right? I mean what does one more attorney with ties to the US intelligence community really matter?

It deals with Trump and his recent tariffs on Chinese steel and aluminum imports, the border wall, DACA, everything coming out of California, the Uni-party unrelenting opposition to President Trump, the Clapper leaks, the Comey leaks, Attorney General Jeff Sessions recusal and subsequent 14-month nap with occasional forays into the marijuana legalization mix …. and last but not least Mueller’s never-ending “investigation” into collusion between the Trump team and
the Russians.

Why does Barsoomian, CIA operative, merit any mention?

She is Assistant Attorney General Rod Rosenstein’s WIFE….That’s why!!